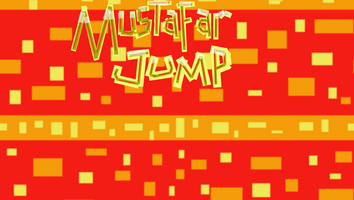 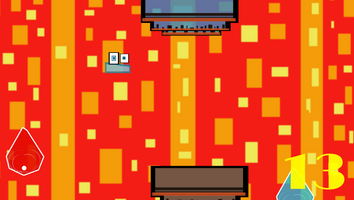 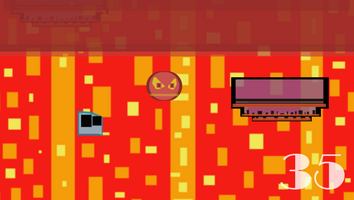 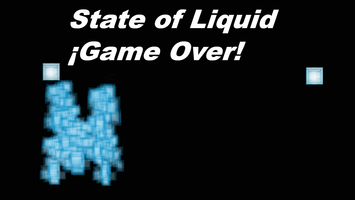 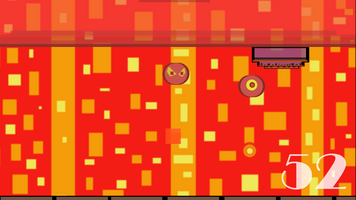 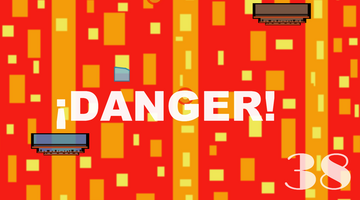 First of all, there is the actual "Game" to play (If you want to test it by your own and comment about it later)

Lets begin with the "Most important" parts of a game: The Start, The Actual Gameplay and the Game Over or end.

We see the logo of "Mustafar Jump" and a little buttom that says "Click to Start
Next part is the screen of the actual Gameplay or game layout:

This is the screen when you start to play the game
Of course you need an end to the game that make the players want more or want to replay the game when they lost or when they won:

This screen has an little animation with particles making the "Liquid State" more obvious.

Starting with the Mechanics and the pillar of gaming there is a "Variety of Groups" and little logic blocks to make the game happen
You can see up ahead the (Menu, Game, Even Sheet and the Game over layout)

Down we are gonna start with the most important mechanic of the game, the "Time" those are the "Life" of our character, if the Time mechanic decreases to "0" own main character will lose, be carefull with this condition, more down in order ill put the translation of this Groups:

-Introduction or Start to the game (On start of layout things, variables of the world)

-The Controls to move the player (And the attack mechanic than consume your own "Time/Life", use it with caution)

-Platforms (Actually the solid and jump throu platform we use to jump in and out, there is three different variety of platforms)

-Hud (The buttoms, the numbers, the screen with 0 parallax and more stuffs that only works like text or icons on it)

-Difficulty, Hardness, this folders is the one whos gonna give you the challenge and other way is the manager of disaster (regulator).

-The Enemys and his mechanics (you can kill them or they will kill you).

For now the most specific changes will be showed down bellow: 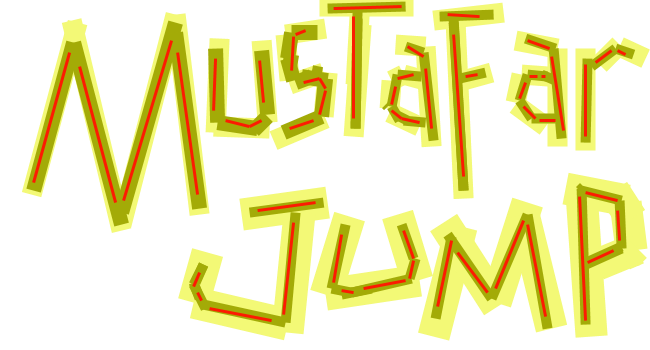 *Start Menu and buttom to play

*The Layers are composed by: HUD, Lava, Game, Solid and Background

*The "On start of layout Variables" and reset variables settings

*The "For Each" Enemy's Stuff

*System variable "Time", "Every x seconds", "Every tick" or the actual start variables

*The Player "Bullets" or "Proyectiles" mechanics

*Hud Text, Buttoms, Restart, Start, Effects for the Text, Setting the variables on the text and more

*Collision with victory screen, invisible blocks, on created points and the mechanic when you die by the Time decreased to 0

*On start, on created and collision with the lava mechanics, Enable or Disable actions

*Putting difficulty by the time playing, if youre surviving more than usual they'll be more hard to keep up

*The Enemies Mechanics First one (just move horizontal and little vertical trips), The second one (move horizontally quiet but if youre close of his range, his gonna get mad and throw you fire proyectiles, moving crazy  vertical steps), The Third one (is the same like the second but normally is moving vertical and does the same action, the only change is the normal start moving condition)

Thats is all for now, next time will see things like: a Boss Fight proffer, Level selecting, Tutorial, Dynamic Camera mechanics, Starting storytale (if i have time to do it), Improve the art with a better Pixel Art and not a deffault art, an Puzzle improve, Music of course and thats for now

-Thanks for supporting and helping this Proyect to rise-